Horace Mann was, and East Ridge continues to be, a school where learning is forefront. The students at the school have had high achievement scholastically in all areas. East Ridge is the home of Ogden School District's Spanish and English Dual Language Immersion program for elementary students. Students can continue in Dual Language Immersion at Highland Junior High School and Ben Lomond High School. 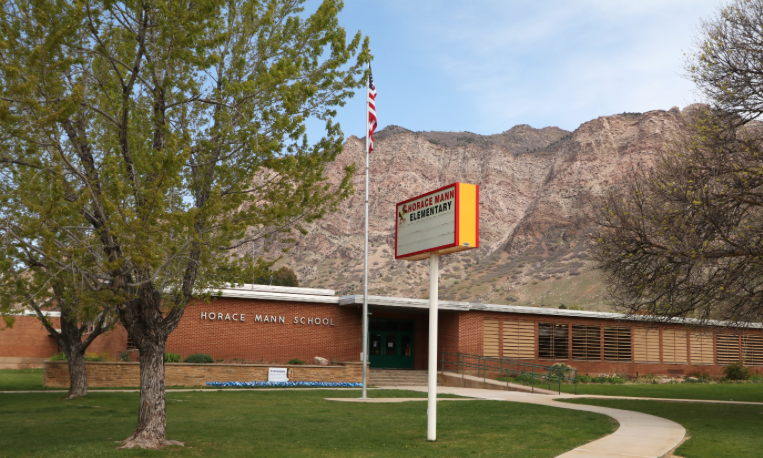 Horace Mann School has a long and happy history. The school was dedicated on December 1, 1954. Edwin C. Randall was the president of the board of education and Dr. T.O. Smith was the superintendent of schools. The first principal was Glenn Thomas. There were nine teachers that first year, a custodian, and two lunchroom staff. Since that beginning, many students, faculty, and staff have graced the halls of Horace Mann.

The original building had only two main hallways with classrooms. Later, an addition was constructed which added another hallway of classrooms and a gymnasium. After that time four portable classrooms were added. The school was eventually able to accommodate around 500 students.

Horace Mann was always been a community school. The community has been generous in supporting the school and its programs, projects, and most importantly students. The school had a strong PTA throughout the years, which assisted the school in everything from a climbing wall in the gym to books for the students. They have also made sure that the arts have been included in the education of all students.

The students of Horace Mann had high achievement scholastically in all areas. In 2015 the school was named a REWARDS school for the state of Utah, and then given the designation of National Title I Distinguished School for academic achievement. We were the only elementary school in the Utah to receive that designation for that year.

The thing that remained constant throughout the history of Horace Mann is the quality of educators that teach the students. The faculty throughout the years has been stellar. Students come back year after year to see the special teachers that touched their lives. It was an amazing place to work and many of the teachers stayed here for many years, if not their entire career. And because of that continuity, we have children and even grandchildren of former students that attended school here.

East Ridge Elementary is a school where learning is so engaging that students, staff, and parents are lining up to get in.